Welcome, all you sheep to The New America. 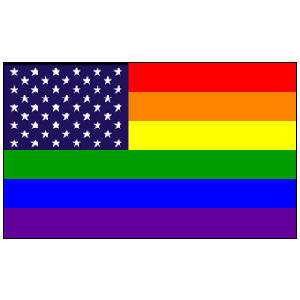 To paraphrase Lincoln (but with a modern tweek): “…and that government of the people, by the people, for the people, shall perish from the earth.”

I pledge allegiance to the New Flag of the Disunited Politically Correct States of Amerika, and to the Socialist Empire for which it stands, one Nation under Government control, indivisible, with no liberty and social justice for only the politically correct.

We hold these truths to be self-evident, that Government creates equality, that the people are endowed by their Government with certain human Rights, that among these are Life under Micromanagement, Liberalism and the pursuit of Entitlement.

We the Government of the United States, in Order to form a more perfect Disunion, establish Social Justice, insure Political Correctness, provide for all redistribution equally, promote the general Social Welfare, and secure the Blessings of Government to ourselves and our Posterity, do ordain and establish this Empire for the DisUnited States of Amerika. In Political Correctness We Stand.

All Power shall rest with the Government. Period. End of Discussion. All decisions and wishes of Government are final and cannot be challenged under penalty of heresy.

1st Amendment: Congress shall make no law respecting an establishment of  religion,and mocking or hindering the free exercise thereof is required and sanctioned until that religion is sanctioned by The Government itself; or abridging the freedom of LIBERAL PROGRESSIVE speech, or of the LIBERAL PROGRESSIVE press; but abridging those who
are not us  is always in the interest of the good of society; or the right of the people peaceably to assemble to worship the LIBERAL PROGRESSIVES and protest it’s enemies, any assembly otherwise in opposition must therefore be “terrorism” “bigotry” or “racism”, and to petition the Government for a redress of grievances against ANYONE who
defies us, has exercised “White Privilege”,  and to seek “social justice” at all costs.

3rd Since there are no wars (except class & race wars), this is repealed.

4th Repealed, because unless you’re guilty you don’t need any protection and the guilty are not to be protected that’s why they are guilty to begin with.

5th Only the guilty need protection so as long as you are not guilty you don’t need it. And if you are guilty then you aren’t entitled to it anyhow because you’re  a “hater”  or a Thought Criminal and guilty anyhow.

6th In all criminal prosecutions, the accused shall enjoy the right to a speedy and public trial, Then summary judgement shall rule in favor of the State.

7th Trial by jury shall consist of the State’s mandated jurors and in the cases of “hate” crimes or Thought Crimes the accused is guilty until guilty, especially if they are White.

8th For what the State determines to be a “Hate Crime” or a Thought Crime Excessive bail shall be required, excessive fines imposed,  cruel and unusual punishments inflicted.

9th The enumeration in the Constitution, of certain rights, shall be construed to deny or disparage others retained by the State at their discretion.

10th  The powers not delegated to the DisUnited States by the Constitution, nor prohibited by it to the States, are reserved to the US Government only.

Freedom is Slavery
Ignorance Is Strength
Class War is Peace.
Fear is Hope.

Big Brother is Watching YOU!

The word is an example of both Newspeak and doublethink. It represents the active process of rewriting the past, control of the past being a vital aspect of the Party’s control over the present.
The ability to blindly believe anything, regardless of its absurdity, can have different causes: respect for authority, fear, indoctrination, even critical laziness or gullibility. Orwell’s blackwhite refers only to that caused by fear, indoctrination, or repression of one’s individual critical thinking (“to know black is white”), rather than caused by laziness or gullibility. A true Party member could automatically, and without thought, expunge any incorrect information and totally replace it with true information from the Party. If properly done, there is no memory or recovery of the Incorrect information that could cause unhappiness to the Party member by committing thoughtcrime. This ability is likened to the total erasure of information only possible in electronic storage.

Welcome, Citizen, to The New Amerika. 🙂