As parents gear up to fork over $20,000 to $60,000 for college tuition, they might benefit from knowing what greets their youngsters. Deceitful college officials, who visit high schools to recruit students and talk to parents, conceal the worst of their campus practices. Let’s expose some of it.

Christina Hoff Sommers is an avowed feminist and a scholar at the American Enterprise Institute. She’s spent a lifetime visiting college campuses. Recently, upon her arrival at Oberlin College, Georgetown University and other campuses, trigger warnings were issued asserting, in her words, that her “very presence on campus” was “a form of violence” and that she was threatening students’ mental health. At Oberlin, 30 students and the campus therapy dog retired to a “safe room” with soft music, crayons and coloring books to escape any uncomfortable facts raised by Sommers.

Kumbya! Don’t annoy or confuse the Liberal with actual facts.

The problem for students and some professors is that Sommers challenges the narrative, with credible statistical facts, that women are living in a violent, paternalistic rape culture. As a result, she has been “excommunicated from the church of campus feminism” in order to protect women from her uncomfortable facts. This prompted Sommers to say, “There’s a move to get young women in combat, and yet on our campuses, they are so fragile they can’t handle a speaker with dissenting views.” I wonder whether there will be demands for the military to have therapy dogs and safe rooms in combat situations.

That’s about “equality”. The Therapy and how evil men are comes later.

The University of New Hampshire published a “Bias-Free Language Guide,” which “is meant to invite inclusive excellence in (the) campus community.” Terms such as “American,” “homosexual,” “illegal alien,” “Caucasian,” “mothering,” “fathering” and “foreigners” are deemed “problematic.” Other problematic terms include “elders,” “senior citizen,” “overweight,” “speech impediment,” “dumb,” “sexual preference,” “manpower,” “freshmen,” “mailman” and “chairman.” For now, these terms are seen as problematic. If the political correctness police were permitted to get away with it, later they would bring disciplinary action against a student or faculty member who used the terms. The offender would be required to attend diversity training, the leftist equivalent of communist re-education camps. In a rare instance of administrative guts, UNH President Mark Huddleston said he is offended by many things in the guide and declared that it is not university policy.

FOX: The Tennessee Administrative Office of the Courts reversed a controversial decision to replace the terms “mother” and “father” with “parent 1” and “parent 2.”

“After receiving feedback regarding a recent change made to the permanent parenting plan form, the AOC has reviewed the procedures and determined that, before making any changes to the form, the AOC should consult with the Domestic Relations Committee of the Tennessee Judicial Conference,” the office said in a statement. ” We have reverted to the previous form and the Committee has been notified.”

“Why are heterosexual parents having their rights violated?” she asked. “So now it’s improper and inappropriate in a court of law to refer to a parent as a mother and a father?

Why yes, Dorothy, it is because it’s discriminatory! The fact that they discriminate against the politically incorrect heterosexuals is irrelevant to the Leftists and the Politically Correct.

Family law attorney: “I am exercising my right to free speech, freedom of religion and I am being a conscientious objector,” she declared. “I refuse to go to court with a parenting plan that refers to Parent 1 and Parent 2 instead of mother and father.”

The PC police will come looking for you, Barbara…

Florida State University has an “Equal Opportunity and Non-Discrimination Statement,” which says, “Behavior that may be considered offensive, demeaning, or degrading to persons or groups will not be tolerated.” That’s both broad and troublesome. Say that you’re a Muslim student and offended by homosexuality. Can you demand termination of campus activities that support homosexual activities?

I want to see that PC cat fight! 🙂

When they had the case of the Lesbian haircut in a Muslim Barbershop in Canada it ended in a draw because they couldn’t decide which Politically Correct group was “offended” more.

A 2014 report by the Foundation for Individual Rights in Education found that 59 percent of the 427 higher-education institutions it analyzed have policies that infringe on First Amendment rights. FIRE found that the University of Connecticut prohibits “actions that intimidate, humiliate, or demean persons or groups, or that undermine their security or self-esteem.” The University of South Carolina prohibits “teasing,” “ridiculing” and “insulting.”

University presidents, other academic administrators and faculty members all too often find the well-worn path of least resistance most attractive. They give support to claims of oppression and victimhood. These close-minded people are simply the “grown-up” leftist hippie generation of the 1960s and ’70s.

You might ask: What’s Walter Williams’ solution to these problems? For starters, benefactors should stop giving money to universities that endorse anti-free speech and racist diversity policy. Simply go to a university’s website. If you find an office of diversity, close your pocketbook. There’s nothing like the sound of pocketbooks snapping shut to open the closed minds of administrators.

In the name of “inclusiveness” and “diversity”, of course. 🙂

A key part of President Obama’s legacy will be the fed’s unprecedented collection of sensitive data on Americans by race. The government is prying into our most personal information at the most local levels, all for the purpose of “racial and economic justice.”

Unbeknown to most Americans, Obama’s racial bean counters are furiously mining data on their health, home loans, credit cards, places of work, neighborhoods, even how their kids are disciplined in school — all to document “inequalities” between minorities and whites.

This Orwellian-style stockpile of statistics includes a vast and permanent network of discrimination databases, which Obama already is using to make “disparate impact” cases against: banks that don’t make enough prime loans to minorities; schools that suspend too many blacks; cities that don’t offer enough Section 8 and other low-income housing for minorities; and employers who turn down African-Americans for jobs due to criminal backgrounds.

Big Brother Barack wants the databases operational before he leaves office, and much of the data in them will be posted online.

So civil-rights attorneys and urban activist groups will be able to exploit them to show patterns of “racial disparities” and “segregation,” even if no other evidence of discrimination exists.

“There are no doubt complexities that come with White Americans working for racial justice. White privilege can lead to a chronic case of undiagnosed entitlement, creating poor listeners, impatient speakers who talk over others, and people unaccustomed to taking orders. Nevertheless, the movement for racial justice needs more White Americans to get involved. And it’s our responsibility to help each other get involved–and get involved productively,” Jon Greenberg  (High School Teacher) wrote, linking to a blog post that claims quoting Dr. Martin Luther King, Jr., to black women is a violent and “cisheteropatriarchy” act.

Greenberg was the recipient of the Courage in the Pursuit of Social Justice Award from the the University of Washington chapter of the American Association of University Professors.

The fabric of our society, and consequentially our organizing spaces, are weaved together by the ongoing legacies of colonization, genocide, slavery, white supremacy, and cis-hetero-patriarchy. (Praxis)

But I’m not a Christian.

But I dislike the Gay Leftist Control Freak Mafia.

I am a Fan of “The Dukes of Hazzard”

I value The Constitution.

So please, data mine this…

The granddaddy of them all is the Affirmatively Furthering Fair Housing database, which the Department of Housing and Urban Development rolled out earlier this month to racially balance the nation, ZIP code by ZIP code. It will map every US neighborhood by four racial groups — white, Asian, black or African-American, and Hispanic/Latino — and publish “geospatial data” pinpointing racial imbalances.

The agency proposes using nonwhite populations of 50% or higher as the threshold for classifying segregated areas.

Federally funded cities deemed overly segregated will be pressured to change their zoning laws to allow construction of more subsidized housing in affluent areas in the suburbs, and relocate inner-city minorities to those predominantly white areas. HUD’s maps, which use dots to show the racial distribution or density in residential areas, will be used to select affordable-housing sites.

HUD plans to drill down to an even more granular level, detailing the proximity of black residents to transportation sites, good schools, parks and even supermarkets. If the agency’s social engineers rule the distance between blacks and these suburban “amenities” is too far, municipalities must find ways to close the gap or forfeit federal grant money and face possible lawsuits for housing discrimination.

Civil-rights groups will have access to the agency’s sophisticated mapping software, and will participate in city plans to re-engineer neighborhoods under new community outreach requirements.

“By opening this data to everybody, everyone in a community can weigh in,” Obama said. “If you want affordable housing nearby, now you’ll have the data you need to make your case.”

Mortgage contracts won’t be the only financial records vacuumed up by the database. According to federal documents, the repository will include “all credit lines,” from credit cards to student loans to car loans — anything reported to credit bureaus. This is even more information than the IRS collects.

The FHFA will also pry into your personal assets and debts and whether you have any bankruptcies. The agency even wants to know the square footage and lot size of your home, as well as your interest rate.

FHFA will share the info with Obama’s brainchild, the Consumer Financial Protection Bureau, which acts more like a civil-rights agency, aggressively investigating lenders for racial bias.

The FHFA has offered no clear explanation as to why the government wants to sweep up so much sensitive information on Americans, other than stating it’s for “research” and “policymaking.”

However, CFPB Director Richard Cordray was more forthcoming, explaining in a recent talk to the radical California-based Greenlining Institute: “We will be better able to identify possible discriminatory lending patterns.”

CFPB is separately amassing a database to monitor ordinary citizens’ credit-card transactions. It hopes to vacuum up some 900 million credit-card accounts — all sorted by race — representing roughly 85% of the US credit-card market. Why? To sniff out “disparities” in interest rates, charge-offs and collections.

CFPB also just finalized a rule requiring all regulated banks to report data on minority hiring to an Office of Minority and Women Inclusion. It will collect reams of employment data, broken down by race, to police diversity on Wall Street as part of yet another fishing expedition.

Through its mandatory Civil Rights Data Collection project, the Education Department is gathering information on student suspensions and expulsions, by race, from every public school district in the country. Districts that show disparities in discipline will be targeted for reform.

Those that don’t comply will be punished. Several already have been forced to revise their discipline policies, which has led to violent disruptions in classrooms.

Obama’s educrats want to know how many blacks versus whites are enrolled in gifted-and-talented and advanced placement classes.

Schools that show blacks and Latinos under-enrolled in such curricula, to an undefined “statistically significant degree,” could open themselves up to investigation and lawsuits by the department’s Civil Rights Office.

Count on a flood of private lawsuits to piggyback federal discrimination claims, as civil-rights lawyers use the new federal discipline data in their legal strategies against the supposedly racist US school system.

Even if no one has complained about discrimination, even if there is no other evidence of racism, the numbers themselves will “prove” that things are unfair.

Such databases have never before existed. Obama is presiding over the largest consolidation of personal data in US history. He is creating a diversity police state where government race cops and civil-rights lawyers will micromanage demographic outcomes in virtually every aspect of society.

The first black president, quite brilliantly, has built a quasi-reparations infrastructure perpetually fed by racial data that will outlast his administration. (NYP) 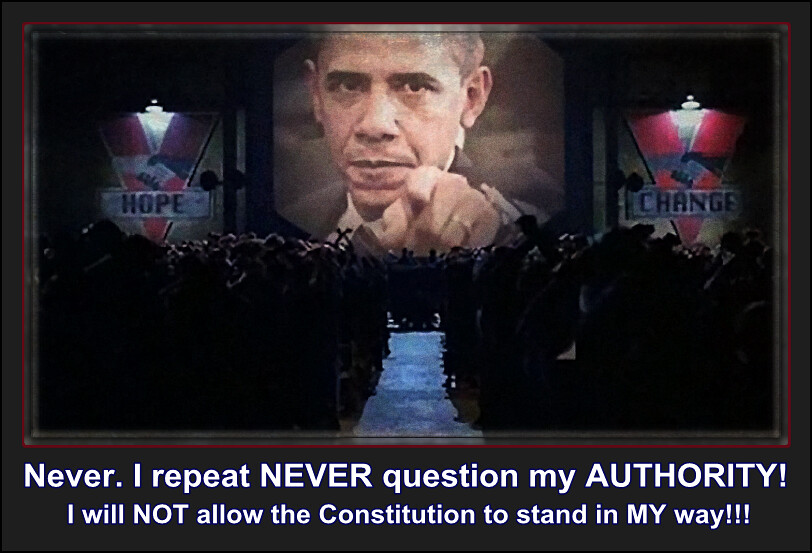