Well, it is the end and The moment has been Prepared for.

My Prediction: Supreme Court Justice Eric Holder today helped the Left disband The Constitution of The US to be replaced by the Orwellian Diversity, Fairness, and Inclusion Contract on America.

Scalia passed away in his sleep while on a hunting trip in Marfa, Texas. Foul play is not suspected.

But the Foul stench of Sith Lord Obama is going to smell up the place for generations.

But Paul Ryan and The Republican will stop him….Really? If that’s our only hope then we need help, serious help.

No, it’s campaign season, and Hillary Clinton is fired up. Unfortunately, she’s fired up about who should nominate a judge to replace the late Antonin Scalia on the United States Supreme Court. Harry Reid and his coalition, which very likely includes the president himself, are urging President Obama to put up a nominee as soon as possible, while Mitch McConnell and crew maintain that the next president should make the decision.

Clinton has weighed in, and, as usual, the “progressive who gets things done” takes a shot at conservatives.

Mind you, she NOTHING BUT PARTISAN Herself.

Talk about NEVER LET A CRISIS GO TO WASTE!!  I’m surprised they haven’t got a nominee already (hence the Holder allusion at the beginning of this blog) for entirely partisan reasons.

And we all know how much the Left respects The Constitution. 🙂

Liberals wishing him dead. That’s where we are. Smdh https://t.co/UJJ6MfgiDk

It’s certainly no surprise that the No. 1 trending topic in the United States tonight is #Scalia, but why is Supreme Court Justice Clarence Thomas trending just a couple of steps behind?

The Liberals are on Death Watch. They are praying as hard as their non-secular hearts can go for all the Conservatives to just DIE!

Leftists, ever tolerant, loving assholes that they are, want him to die this weekend too.

They have your best interests and the interests of The Founding Fathers and the Constitution at their core. 🙂

Their care and compassion overflow this Valentine’s Day with Love. 🙂

The love of Death to your enemies.

This is going to sound cold, but one down, one to go. Uncle Ruckkus (Clarence Thomas) needs to go next. Then our country can start healing.

Spread the Love. Here Comes Big Brother to give you Bear Hug. After all, The Constitution and Conservatives are the evil that must be exterminated for real compassion, caring and sensitivity to take over.:)

Now we just need the Grim Reaper to take out Clarence Thomas and Mitch McConnell and there’ll be #DancingInTheStreets!

So a moment of silence for the end. She was a grand country, but the rot is nearly complete.

Conservatives will be hunted down and “re-educated”.

The End is nigh.

(if you’re expecting the Establish Republicans or Paul Ryan to save you…Why?) 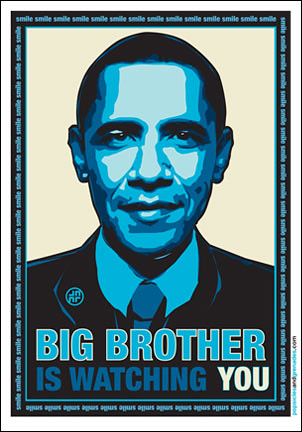