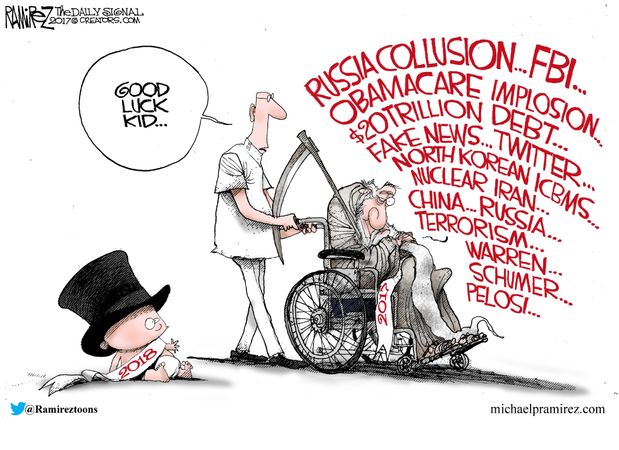 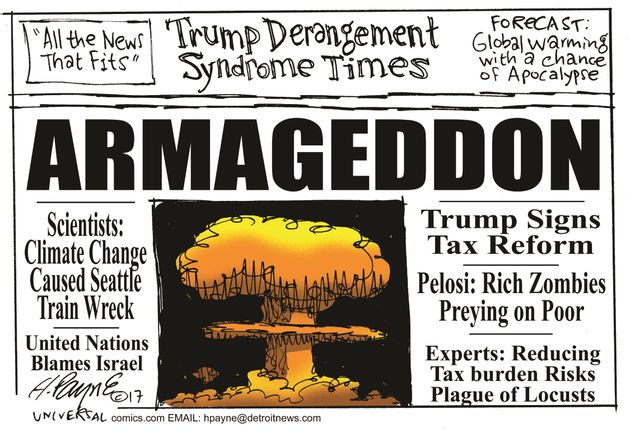 Anybody else sick of the constant bickering going on in the public forum? In 2016, we had a national election where we were at each other’s throats. We expected, based on history, things would calm down in 2017. They just got worse. My resolution for all of us in 2018: let’s take a deep breath and start to learn how to speak to each other again.

There is plenty of blame to go around with our national media being a prime example. Where the main purpose of the media was to inform and educate us on the issues of the day, it now seems their driving principle is to agitate. We know many in the media have a distaste for our president; but many forget that their jobs are not to drip disdain daily.

On the day the tax bill was introduced as well as Donna Brazile’s column disclosing some serious issues in her upcoming book, both CNN and MSNBC focused their evening broadcasts on their favorite narrative – the Russia investigation. Even two huge stories could not deter them from their “Take Down Trump Train.”

My God, the media has such antipathy for this administration they questioned the validity of the press secretary’s ability to make a pecan pie. Is that really what our country has come to?

It is not just the media doing the elevating, our elected officials must likewise tone it down a few notches. A client sent me an email he received from a local Congressman. Ted Lieu (D-CA) took over Henry Waxman’s seat. There are probably few safer Congressional seats in this country. It covers the Westside of Los Angeles. Yet, Mr. Lieu seems to think the only way for him to secure any national recognition from his moneyed district is with inflammatory rhetoric. I have yet to see him make a commentary where he was not on the attack. Some should tell him it is very unbecoming and not befitting his esteemed position.

Mr. Lieu assailed the Republican tax plan in the email. He called it horrible and stupid. He went on to call it a scam that will devastate California. This is all unnecessary and over-the-top language that scares his constituents instead of educating them about potential issues about which they should be concerned. Not exactly stellar leadership.

The other way is that we one-by-one mimic Howard Beale (“Network”): “I am mad as hell and I am not going to take it anymore.” In our own lives we demand that we live by a higher principle. I am not saying I am an angel or perfect, but here are some things I do as someone who has learned to cope with being a Jewish Republican in a very liberal city (Los Angeles) amongst many people who are far more liberal than I am:

1. Never bring up politics unless you absolutely know the person’s positions and you can converse with them.

2. If someone else brings up politics and you don’t agree with them, don’t launch into an argument with them. Ask first why they believe what they have just told you. Hear them out. Ask them where they read and gathered their facts from. Ask if they can forward to you what they read to obtain their position. Listen to their points and maybe you might learn something. It will open you up to listening to the opposition and maybe they will start to open themselves up to what you say.

3. Stick to the facts. No ad-hominem attacks. When someone starts calling their political opponents names or making derogatory comments about them then you know the policy points are weak. I may have slipped, but I rarely if ever said anything bad about President Obama. I just attacked him on policy points. I always said he was a devoted husband and father, thus he was a good man.

4. Read or watch the opposition. In my car, I am always listening to the Bruce channel. Having 3,000 CDs, I always have something old or new to listen to, but in my wife’s car she has satellite radio. I almost always turn to progressive radio. I find it a gas. Very entertaining and enlightening. I don’t agree and I think they are way off base, but I listen. Which is the point: we all need to do more of that, LISTEN.

5. If you find someone gets you wound up, then don’t watch them. If you are not learning from what you are reading or watching – lose it. I miss Hugh Hewitt’s radio show that used to be on in the afternoons in Los Angeles until he moved back East. He is a partisan Republican, but I always learned from his show.

6. Don’t always question someone’s motives or character if they disagree with you. Most often, we just disagree. Barack Obama was someone with whom I almost always disagreed; I thought his policies were wrong.

I have no illusion that everyone reading this column will have an epiphany and change their behavior and that will ripple throughout the country. But we must start somewhere. We are blessed to live in the most wonderful country, where people from everywhere on this planet are welcome and accepted as long as they follow the rule of law and desire to become Americans.

We must be a little bit more civil toward each other. That is my New Year’s resolution for us all in 2018.