Extortion: In the run-up to the Paris climate talks, poorer nations are agitating for greater reparations from developed nations to pay for their climate “damage.” It’s further confirmation the warming scare is just a shakedown.

Evidence that man’s use of fossil fuels is causing the planet to warm is a shaky proposition, and that’s being charitable. In fact, Earth isn’t even warming. Temperatures have not increased in any appreciable way in almost two decades.

Yet, according to media reports, some poor countries say they’re victims of weather disasters, their residents becoming refugees escaping catastrophe. These nations want the U.S. and other wealthy countries to cough up more than the $100 billion a year that’s already been pledged to them to mitigate global warming.

More specifically, they’re asking for “additional compensation for weather-related disasters as well as a ‘displacement coordination facility’ for refugees,” says USA Today. “And they want all this to be legally binding as part of the larger anticipated Paris accord.”

Of course they do. They know a good racket when then see one. These countries refuse to liberalize their economies based on the successful model that America and other prosperous nations have provided, yet they want what capitalist economies have. Rather than create wealth of their own, they, with the help of Westerners working to tear down free-market capitalism, prefer to appropriate that produced by others.

We’ve noted that the global warming scare is driven by a religious fervor — and has in fact become a faith for some — as well as an urge to destroy capitalism.

There are also elements who want to use climate change as a nightstick to punish developed nations for having successful economies. It’s a way to redistribute wealth on an international rather than national basis.

In the late 1980s — almost 30 years ago — a former Canadian environment minister admitted to the Calgary Herald that it doesn’t “matter if the science of global warming is all phony.” What matters is that climate change provides “the greatest opportunity to bring about justice and equality in the world.”

“This is the first time in the history of mankind that we are setting ourselves the task of intentionally, within a defined period of time, to change the economic development model that has been reigning for at least 150 years, since the Industrial Revolution,” she said. (Christiana Figueres, executive secretary of the U.N.’s Framework Convention on Climate Change)

“When everything is evidence of the thing you want to believe, it might be time to stop pretending you’re all about science.”–Ann Althouse

The environment? It’s a convenient facade to hide a political agenda. Anyone who gets in the way is tarred as a denier of science and menace to nature.

Consequently, the threat of being bullied creates fear and allows the scam to move ahead with minimal resistance. The climate talks set for December will just let those behind the warming scare pretend not to do exactly what they are doing.

Almost two years ago (2009), Roy Spencer, a climate scientist with unimpeachable credentials who has never taken research dollars from an oil company, noted on his blog that “the main reason the models produce so much warming depends upon uncertain assumptions regarding how clouds will respond to warming.”

The models, according to Spencer, don’t follow the path of nature but instead use the assumptions the researchers plug in.

“One would think that understanding how the real world works would be a primary concern of climate researchers, but it is not,” wrote Spencer.

“Rather than trying to understand how nature works, climate modelers spend most of their time trying to get the models to better mimic average weather patterns on the Earth and how those patterns change with the seasons.”

More recently, a study found that models have been unable to accurately predict past climate.

“In a nutshell, theoretical models cannot explain what we observe in the geological record,” oceanographer Gerald Dickens, a co-author of the study, told the scientific journal Nature Geoscience.

“There appears to be something fundamentally wrong with the way temperature and carbon are linked in climate models,” said Dickens, a professor of earth science at Rice University.

Like carmakers, the scientists keep rolling out new models. One that has “a more realistic simulation of the way clouds work” has emerged from Japan, says Patrick Michaels, a former president of the American Association of State Climatologists who now is a fellow at George Mason University.

The old wisdom that feeding junk into a computer will cause it to spit out junk explains why the public has been hectored about a nonexistent global warming threat for almost 20 years.

Researchers need to be more careful about what they load into their models. Until then, we have no choice but to respectfully consider their work and the political activism that goes with it to be junk science. (IBD) 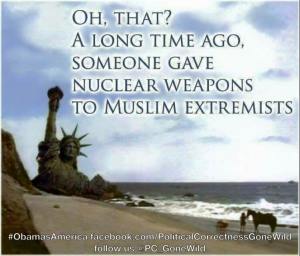