When I see young kids these days, one of the thoughts I have is, that they don’t have connection to this history and the Politically Correct will water it down to nothing because it’s not Agenda Correct to remind people that every single terrorist was a Muslim.

So, as I do every year on this date. I remind people, “Oh yeah, that happened today”

Because, unlike Hillary, It does matter. 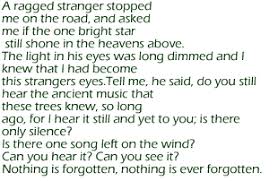 So how many Leftist out there want to call me a racist for singling out Muslims? 🙂

How children are oblivious to this day’s importance because The Ministry of Liberal Education has watered this down to insignificance by now?

How many Liberals have banned this from their collectivist memory and are absolutlely sure it was a plot cooked up President Bush?

On just as a reminder this also happened…

But don’t worry, that was our fault. These Libyan muslims just happened to passing by the Consulate in Benghazi on 9/11 with their Rocket Launchers, Snipers, grenades, and Molotov cocktails and remembered that they saw a You tube video in June and got pissed off at that very moment and wam! 4 people are dead because of it.