You open the door.

A man in a Suit stands before you. “Hello, I am From The IRS and I’m here to get you signed up for Health Insurance…”

I was blogging about this nearly 3 years ago when this blog started.

Cost: Half a billion dollars, paid for off-the-books by taxpayers through a massive $1 billion Health and Human Services slush fund that got tucked into the bill.

The only conclusion from this stealth move is that the Obama administration expects massive noncompliance from taxpayers with its unpopular mandate.

And that raises questions about its legitimacy as a law. Passed through trickery, bribery and without a bipartisan majority, ObamaCare is already on shaky ground.

The reform’s continuing lack of popularity with the public, as recent polls show, also feeds the problem.

ObamaCare ultimately boils down to the public’s willingness to accept its mandate. That they haven’t and that President Obama’s only weapon of persuasion is to threaten them speak volumes about the law’s viability.

As we’ve known since our nation’s founding, no law can prevail without the consent of the governed. (IBD)

Unless you have no intention of caring about that “consent” and simply use force. Much like Colonial Days with King Obama standing in for King George III.

“I think the war on women is real,” Biden said in an interview with MSNBC’s Ed Schultz. “And look, I tell you where it’s going to intensify with appointments to the Supreme Court in the next presidential term.

So that the politicizing of the Supreme Court is complete and they’ll have a majority of radical leftist that will rubber stamp anything they want because it’s about ideology not Constitutionality.

After all, the Constitution is just a annoyance to the Left and if they can have the highest court in the land do what they want then you have no choice but to do as they say because you’ll have no recourse.

Now that’s a threat you should take seriously.

Get ready for the next Solyndra. Sure, you’ve heard those words before. Over the past few months, several companies that had federal backing — Beacon Power, Range Fuels, and Ener1 — all failed. And another one is almost surely on the way. Here’s my prediction: Within 18 months, A123 Systems, the battery maker that got a $249 million grant from the Department of Energy, will be bankrupt.

Battery fires and defective batteries to Fisker (The Obama green car company that was located in FINLAND because of costs) aside.

Compare the sales of the Volt (2,289 vehicles sold in March) with those of more traditional vehicles. In March alone, Toyota sold 27,711 Priuses, and the Japanese automaker expects sales of the popular hybrid-electric car to remain strong. Meanwhile, March sales of the venerable Toyota Corolla — which gets about 34 miles per gallon on the highway, nearly the same as the Volt — totaled 28,289. Oh, and the sticker price on the Corolla — about $16,000 — is less than half that of the Volt, which sells for about $40,000.

The Chevy Volt hybrid, has been so disappointing that GM has had to idle production at its Detroit-Hamtramck assembly plant twice this year.

Last month, when the company released its 2011 financials, it tried to put a positive spin on the results, pointing out that revenues had increased by 64 percent to $159 million. But it couldn’t obscure the bad news: Losses had increased even faster — by 69 percent to $257.7 million. At the end of 2011, the company’s long-term debt was $146 million while cash on hand totaled $186 million.

To be clear, A123 hasn’t failed yet. But the class-action lawyers are smelling blood. Since the beginning of the month, six firms have filed lawsuits claiming A123 has committed securities fraud.

But I’m sure it’s someone else’s fault. Isn’t that the Liberal meme?

Maybe, if ObamaCare survives and it’s “constitutional” for the Government to mandate you buy a product or else the more “flexible” Obama with a Social Justice Partisan Liberal Supreme Court will just mandate you must buy an Electric Car or else.

After all, GM is run effectively buy the UAW and they are one of the biggest donors of cash to Democrats so he wouldn’t have an incentive. 🙂 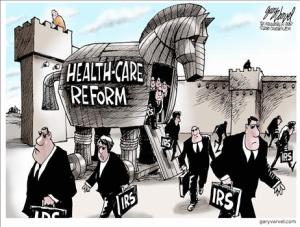 One thought on “The Future”