When the President addresses the Congress and the Nation and presents his real budget just remember, “tax expenditures” means tax increase.

So the budget the President put out in February was a Fake!!

Boy no one saw that coming. 🙂

The Republican released a plan.
Now The Follower-in-Chief has a plan!!

Now that his opposition has put out their plan and the left has savaged it like a pack of piranhas as heartless and cruel.
Now he will propose his budget for real, the one that the liberal intelligensia and liberal media will fawn all over.
It will have tax increases that won’t be called taxes increases. This is a great idea.
Class Warfare will certainly be enough to pay down a $14 Trillion debt.
Cut spending without cutting spending.

It will be his usual pie-in-the-sky non-specifics so he can weasel out of them at any moment.

But it will sound good, at least to the slobbering left.

Just remember, according to recent reports 48% of Americans pay no taxes now! and more than 50% are on the government dole.

Oh, and the evil “rich” pay the most taxes. So let’s tax them EVEN MORE.

In this global economy they won’t just pack up and go somewhere else.

And the liberals purport to protect the middle class are squeezing them with the price of gas and food price inflation.
But the solution is to spend even more and buy a newer car.
What a solution!!
When you are making less and paying more, SPEND MORE.
Sounds very Liberal…
Now that’s “Hope and Change” 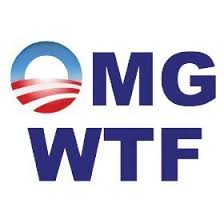 That’s not the worst of it. We may think of taxes as just a source of government revenue. But tax rates are a big political statement on the left, whether they bring in any revenue or not.

For more than 80 years, the political left has opposed what they call “tax cuts for the rich.” But big cuts in very high tax rates ended up bringing in more revenue to the government in the Coolidge, Kennedy, Reagan and Bush 43 administrations. This included more– repeat, more– tax revenue from people in the highest income brackets than before.

That was because high-income people took their money out of tax shelters like municipal bonds and invested where they could get a higher rate of return, after these returns were not being taxed as much. This has happened repeatedly, over so many decades, in administrations of both parties, that you might think this would put an end to the “tax cuts for the rich” demagoguery.

But the same rhetoric that “progressives” like Senator Bob La Follette used against tax cuts in the 1920s is still going strong in the 21st century. When you point out to today’s “progressives” that “the rich” paid more total tax revenue to the government after what were called “tax cuts for the rich,” that doesn’t make a dent.

After all, “the rich” paid that larger sum of taxes only because their incomes had risen. Their paying a higher share of all taxes doesn’t matter to the “progressives,” who see high tax rates as a way to take a bigger bite out of the incomes of higher-income people, not just provide more revenue to the government.

Tax rates are meant to make an ideological statement and promote class-warfare politics, not just bring in revenue.

There has been much indignation on the left over the recent news that General Electric paid no taxes, despite its large amounts of profit. But another way of looking at this is that high tax rates on paper do not mean high tax revenues for the government.

The liberal answer to budget deficits is almost always to raise tax rates on “the rich,” in order to bring in more revenue. The fact that higher tax rates have often brought in less revenue than before is simply ignored.

But high-tax ideologues don’t see it that way. They would be horrified at the idea that we ought to lower our corporate tax rates, just so that more American businesses would do more of their business at home, providing more Americans with much-needed jobs.

To ideologues, that is just a cop-out from the class-warfare battle. It is far more important to them to score their political points against “the rich” or “Wall Street” than that a few million more Americans out of work would be able to find jobs.

The idealism of the left is a very selfish idealism. In their war against “the rich” and big business, they don’t care how much collateral damage there is to workers who end up unemployed.

Internal Revenue Service data show that the income of people who were in the lowest income tax bracket in 1996 rose by 91 percent by 2005. But people in the “top one percent” had their incomes drop by 26 percent in those same years.

There is nothing complicated about this. Most people simply start at the bottom when they are young and their pay rises as they get more experience. Most people in the top one percent are there for only a single year when they happen to have a spike in income. They too are not an enduring class.

The time is long overdue to start thinking about taxes as sources of revenue, not as ways of making political statements.